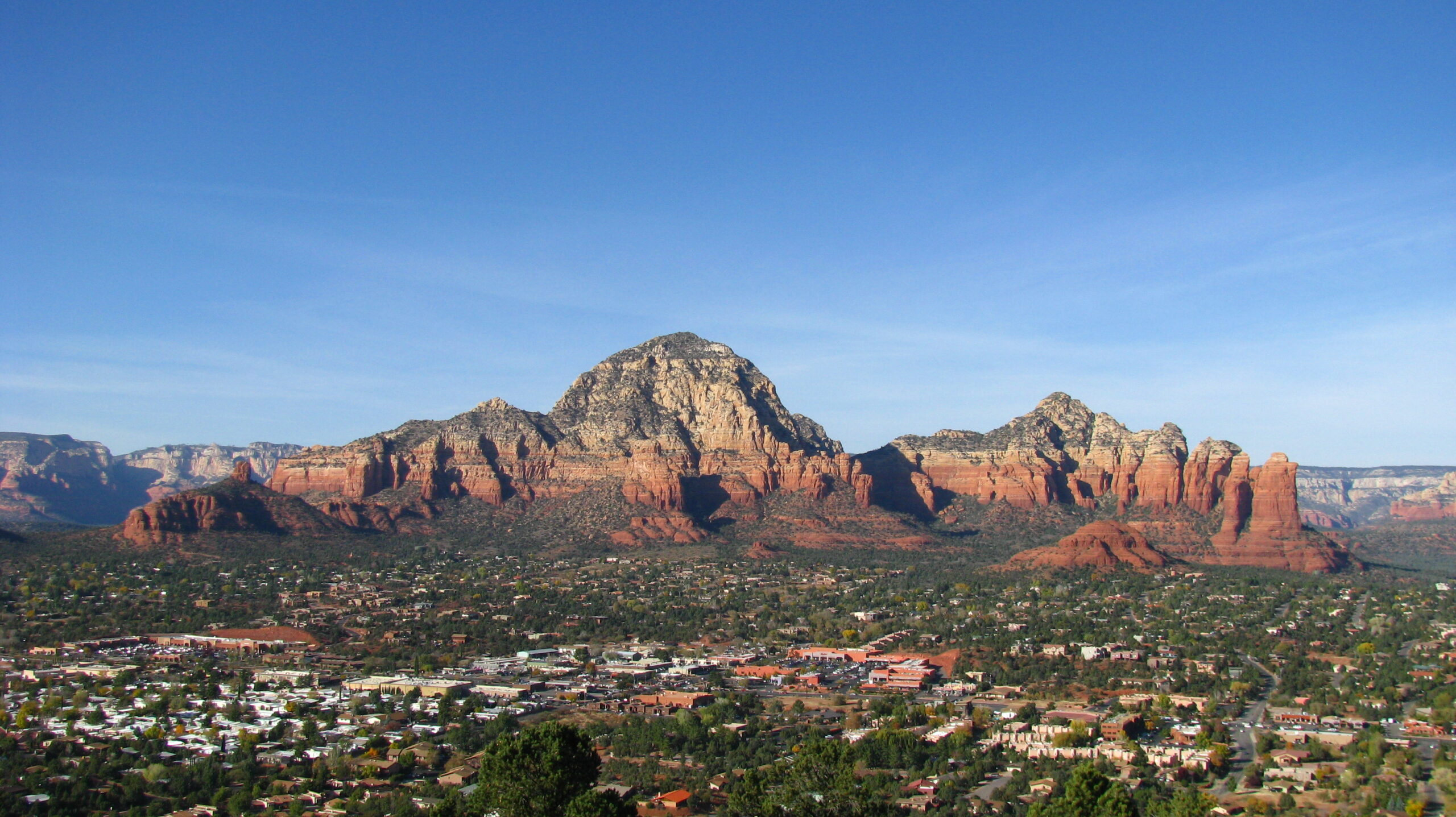 What can compare to landing your plane on top of a mesa, with gorgeous red rock formations all around you? Sedona, Arizona’s airport is known as “America’s Most Scenic Airport” for a good reason: it’s downright beautiful there. While I have a special place in my heart for the vistas of the Minden-Tahoe airport where I learned to fly, the Sedona airport is undoubtedly my next-favorite airport. I’ve flown into the airport and visited by car. Each time the place has not failed to work its magic on me and whoever I am with.

Sedona’s runway was first paved in 1957 and since then has not only become a premier destination for tourism (and the money it generates) but also a valuable resource for the community in terms of the transportation and services it provides. It’s a small, non-towered airport and as such retains the small town friendly charm of which I and countless other pilots are very fond. However, as is inevitable with growth and expansion, complaints arise from the community about noise or pollution. Recently, Kristin Monday of Sedona has been complaining that the jet fumes are making her and her husband sick. Monday lives directly under the flight path of the airport and wants the airport moved or closed. See this story in the Sedona Red Rock News: “Woman works to close Sedona Airport.”

It’s a familiar story with airports across the country: people move in next door to them, then raise complaints about noise when it was those people who chose to purchase a home near the airport in the first place. The airports were established there long beforehand. As a pilot, I think living close to an airport (or on an airport!) would be fantastic, but I realize many people do not want the sound of planes and helicopters in their immediate vicinity. But noise aside, surely people such as Monday would be grateful the airport does exist in the case of a medical emergency, when the speed of a helicopter ride to Phoenix could save a life? Airports are also invaluable in fighting forest fires, serve as bases for search and rescue efforts, and so much more. The revenue to small communities that airports such as Sedona’s provide is often a larger portion of the pie than most people realize. Would they rather take on the burden themselves in the form of higher taxes? From aircraft fuel sales to the tourism dollars visitors spend in hotels and restaurants, airports rack in the cash for places like Sedona.

There’s another benefit airports provide to the community as well that I believe is very important: the moment when a child sees the wonder of a plane or helicopter flying and is positively influenced in that moment to become a pilot, mechanic, or engineer. Is that worth the sound of a jet flying overhead occasionally?

Sedona’s current conflict is only one of many that happen across our country every year. Please take a moment to vote on the article’s web site that the “Airport is not a problem” so we might nip this instance in the bud. Whether you’re a pilot or just an aviation enthusiast, talk up general aviation and your local airport whenever possible. Take your friends and their children for airplane rides. Finally, consider volunteering for AOPA’s Airport Support Network, where you have the resources of the AOPA (Aircraft Owners and Pilots Association) in your corner. They can assist you in promotional efforts like airport open house events, or defensively, should a threat present itself to your airport.

Our country’s airports are an incredible resource and make the USA the best, freest place to be a general aviation pilot in the world. Let’s all do a little something to support our small airports so we can keep gems like Sedona available for everyone!